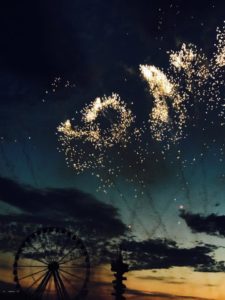 Indian low-cost carriers (LCCs), along with a few foreign airlines, are offering international tickets to Europe, at a much cheaper rate than before.

Indian LCCs like SpiceJet and IndiGo are likely to begin long-haul international flights very soon. Else, Scoot, a Singapore Airlines’ subsidiary, might avail its ”fifth freedom” rights, that allows a carrier to operate direct flights between two foreign countries, to fly between India and Europe. Scoot’s lowest fare for a one-way trip would be between Rs 12,000 and Rs 13,000, including the cost of a 20 kg check-in baggage and a meal.

Currently, the lowest fares on direct flights between India and Europe start at around Rs 45,000, reported The Times of India. On the other hand, SpiceJet and IndiGo are likely to launch their first European long-haul flight to London-Gatwick.

The demand for long-haul, low-cost flights has only been increasing over time, which is being met with due supply. “The long-haul, low-cost sector has just surpassed 5,00,000 weekly seats (globally) for the first time,” mentioned a May-June 2017 report by Centre for Asia Pacific (CAPA).

Some of the international airlines like Norwegian Air, International Airlines Groups, among others, are also eyeing India for being a lucrative market. “We can see long-haul, low-cost operations gaining ground from next fiscal with Indian LCCs driving growth,” said Kapil Kaul of CAPA, suggesting the possibility of creating a new market segment for the same.

India, e-portals and flights carriers are currently offering a number of deals that may benefit a customer. Goholidaygo.in offers flight booking on their portal without any convenience fees or service charges. Goholidaygo provides travel services in Delhi & NCR. Make your travel dream true with amazing travel & flight deals.