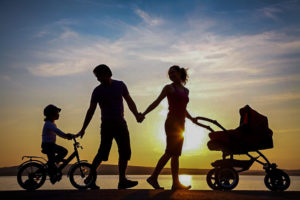 Several parents and grandparents are traveling to different countries in the world to spend time with their grandchildren.

Nearly 90,000 Super Visas have been issued since the program was first launched in late 2011, with around 40 percent of visas granted to citizens of India. Other Asian countries, including China, Pakistan, the Philippines, and Bangladesh also dominate the most common nationalities of Super Visa holders. Experts claim that there is a tradition of many generations of family living together.

He was quoted by Vancouver Sun as saying that it benefits many parents and grandparents who do not intend to become Canada’s permanent residents. They are wanderers who want the freedom to visit their younger relatives living in different parts of the world.

“Overall, the super visa is a good thing, it gives an alternative for reuniting with overseas parents in Canada rather than just waiting for the prolonged immigration process,” Zhang said. “Also, it shows Citizenship and Immigration Canada becomes more flexible than ever before. Different programs for different needs. “By allowing a senior foreigner to stay in Canada for up to two years, Sohn is the belief that it provides many grandparents of South Asia, China, and other countries the opportunity to continue helping in raising grandchildren while their parents are away at work.

If you are a parent or a grandparent of a Canadian citizen/s, visit www.Govisago.in, a leading company for visa & related services in Delhi-NCR, to apply for a super visa.

To apply for the Super Visa, applicants must: